On the shipyards of l’Estaque, there’s a large empty space, splattered with paint in the shape of a ship.

The massive steel pillars that held her up are stacked against the trees, and the ladder points into the empty sky. 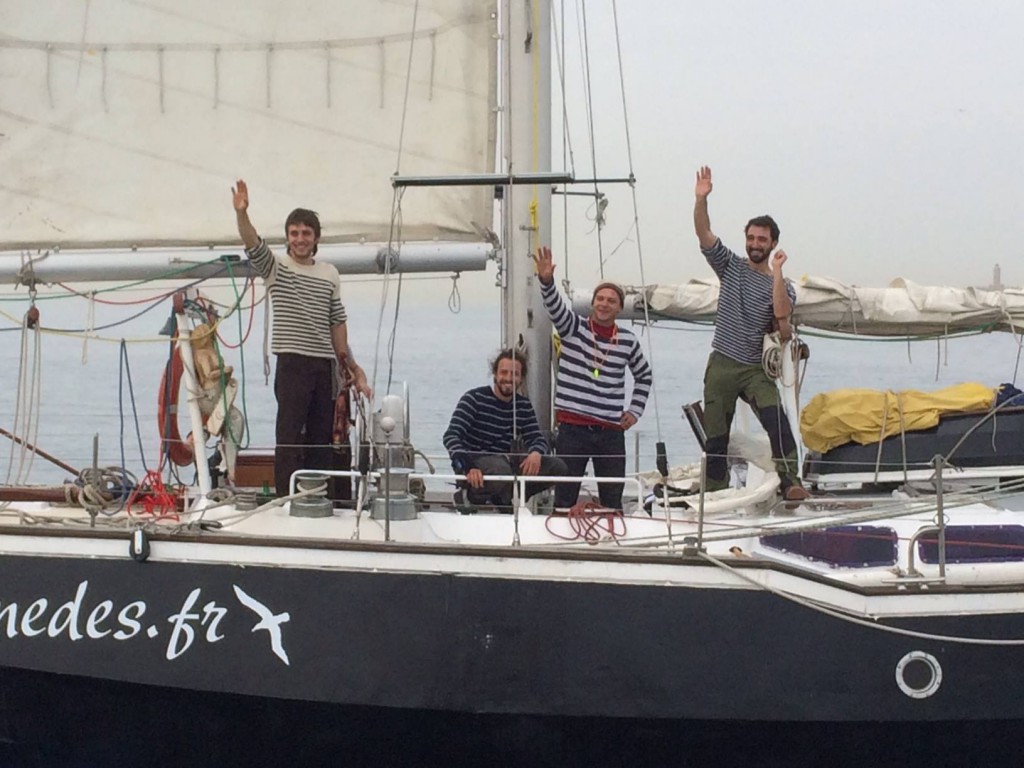 On the 4th of March, one powerful piece of the usual Marseillese grotesque show was staged. We were ready to lift her up and lay her gently on the sea. The crane started early, moving away the dozen of smaller sailboats that had accumulated between us and the docks. After two hours of seeing ships sail away, upright on the asphalt, we had a grand boulevard to the ocean open in front of us. The gigantic crane moved up, placed its two orange sling beneath the hull, and started toiling. The slings creaked, the engine roared, and we held our tears: there it was, Sonate was moving! Her keel left the ground, and she started rocking gently in the air. Midday struck. The engine became silent. We looked up: the workers were gone. The last one, putting on his jacket, was final: it was time for lunch.

So there we were, looking at our boat stuck helpless up in the air.

Three hours later, the show resumes. And the steel beast hums, and Sonate heads to the sea: and the transformation takes place! the jovial, rounded red lower hull disappears under the surface, and what is left is a slim, elegant black schooner with an eager bowsprit and gently rolling masts. We check that everything is watertight, start up the engine, make some coffee on the rocking stove, bolt down every opening, and move out of the shipyard’s pool: there we haul up the mainsail, the foresail and the jib, and head home to the Vieux Port, a few miles across the bay. As we go, we discover a new ship, and that ship is alive: creaking, rolling, leaning under the wind, and full of the rustling sound of the water rushing along the hull. 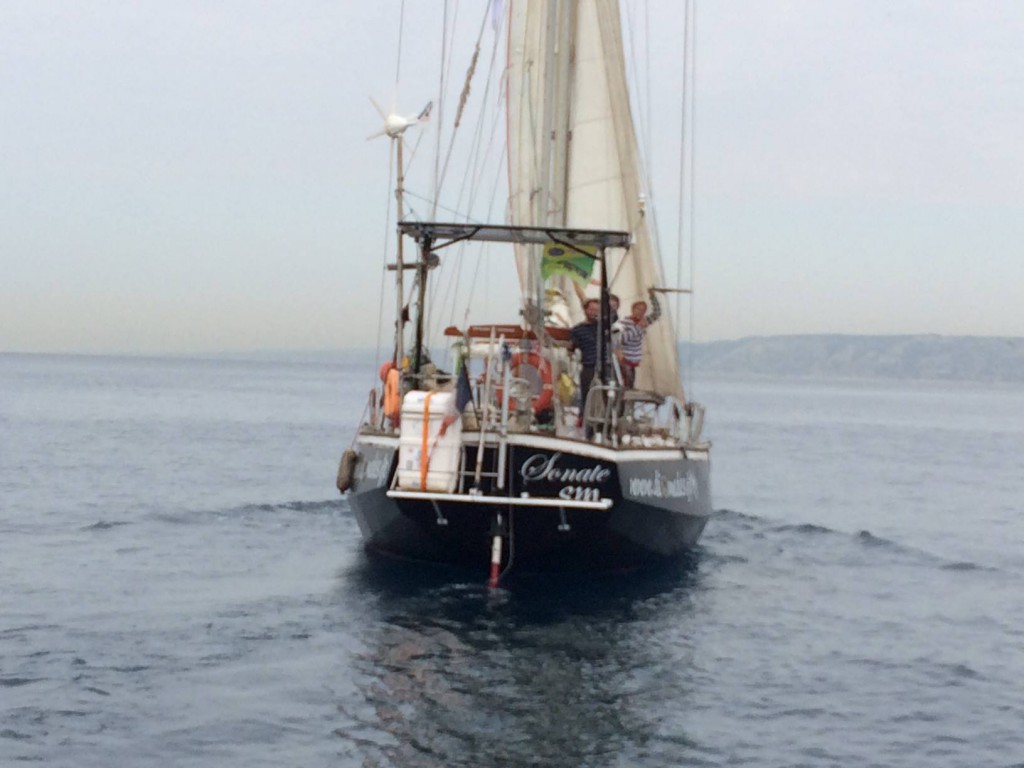 On the Quai Marcel Pagnol, right in between the stone walls of the Fort Saint-Nicolas and the Fort-Saint-Jean, Icard Maritime open their docks to us for the weekend: we will have our grand departure from under the good old battlements of the harbour, that saw the clippers sail out and home for silk and spices in the lengendary days of Monte Cristo. 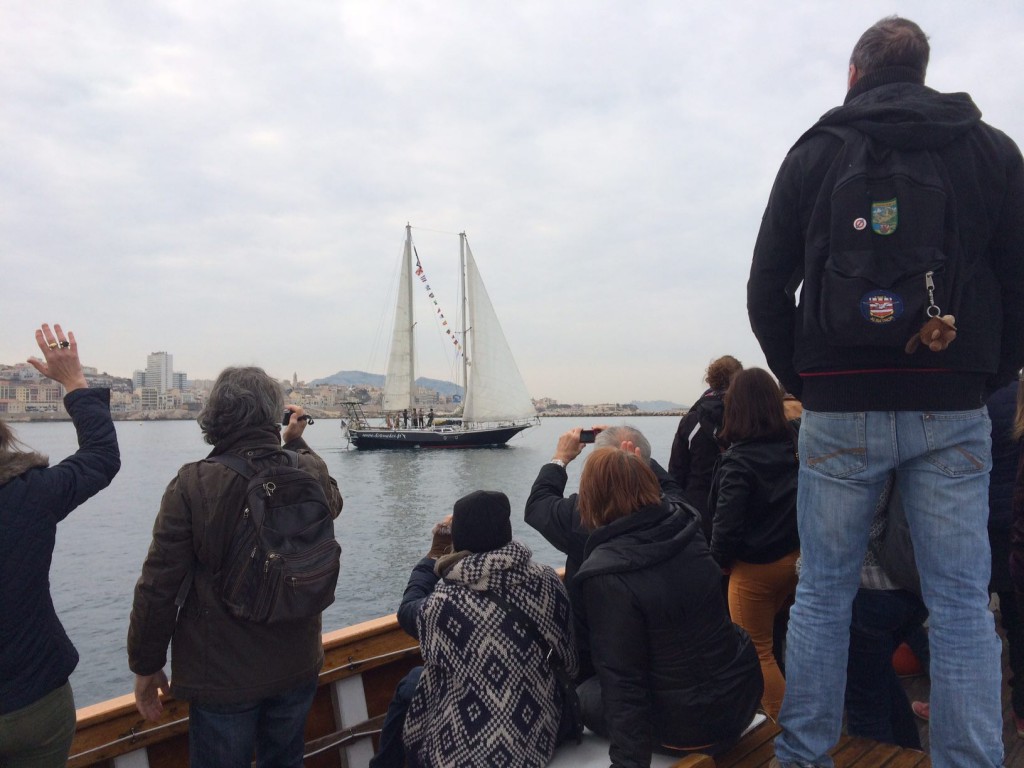 The wind is announced for monday morning, in the meantime we mend the latest glitches, and sew together a bunch of flags to haul between the masts as a grand pavois for the morning. It’s a strange experience to prepare to go around the world from home – without the comforting teleportation sas of an airport that gives you clearance to disappear and takes you away like a rabbit in a magic hat.

This time, we must get ready to see it go – the landscape changing as usual first, and then becoming stranger, and then fading away for good.

That’s mostly how it happens. In the gray and foggy morning, Le Vaillant, Captain Icard’s wooden trawler, boards in families and friends, toots joyfully to cover the tears all around, and escorts us out of the harbour. There’s little wind, and our sails flap a little. Then Le Vaillant turns around, toots one last time, hankerchiefs are waived, kisses sent, and home she goes. We sail on to the rocky island of the Frioul where the curtains of mist fall from a steely blue sky without a gust of wind. And lo, from behind us comes a small wooden sailboat with a clapping of feet and an accordion! Krishna, and the merry crew of Le Méridien, our neighbours on the shipyards, have sailed out to see us go. We sail side by side, the accordion on their deck and the violin on ours, rehearse the good sailor songs for some unlikely concert, later somewhere, and again: waive, turn and go. Now there’s only the sea left. 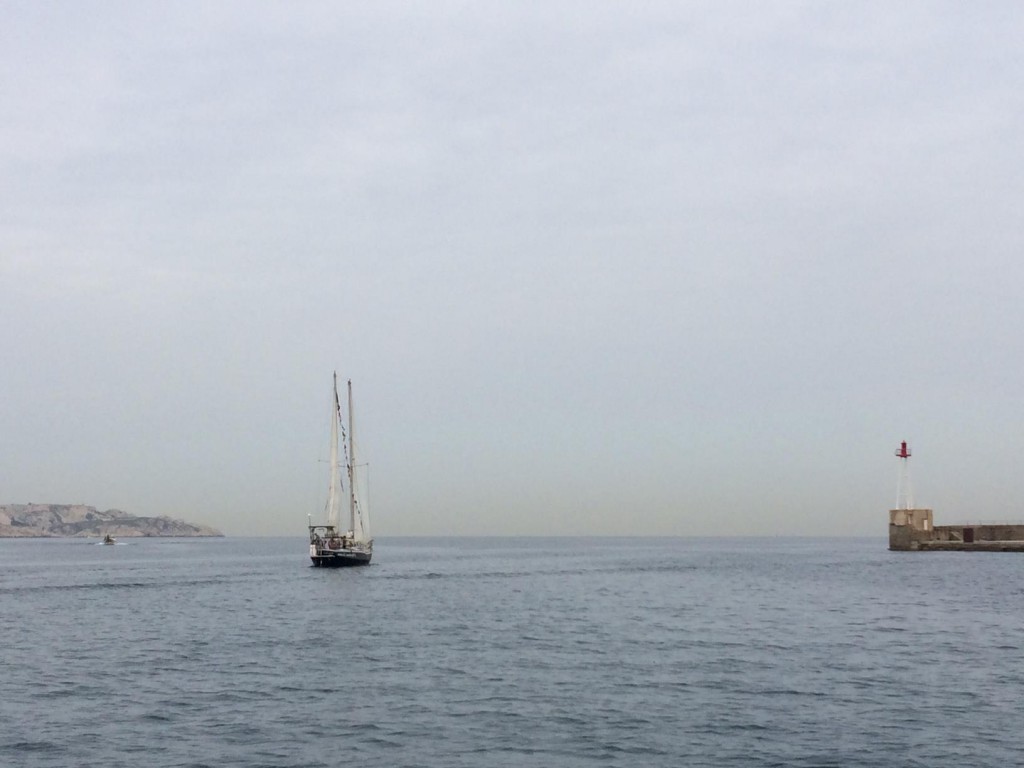 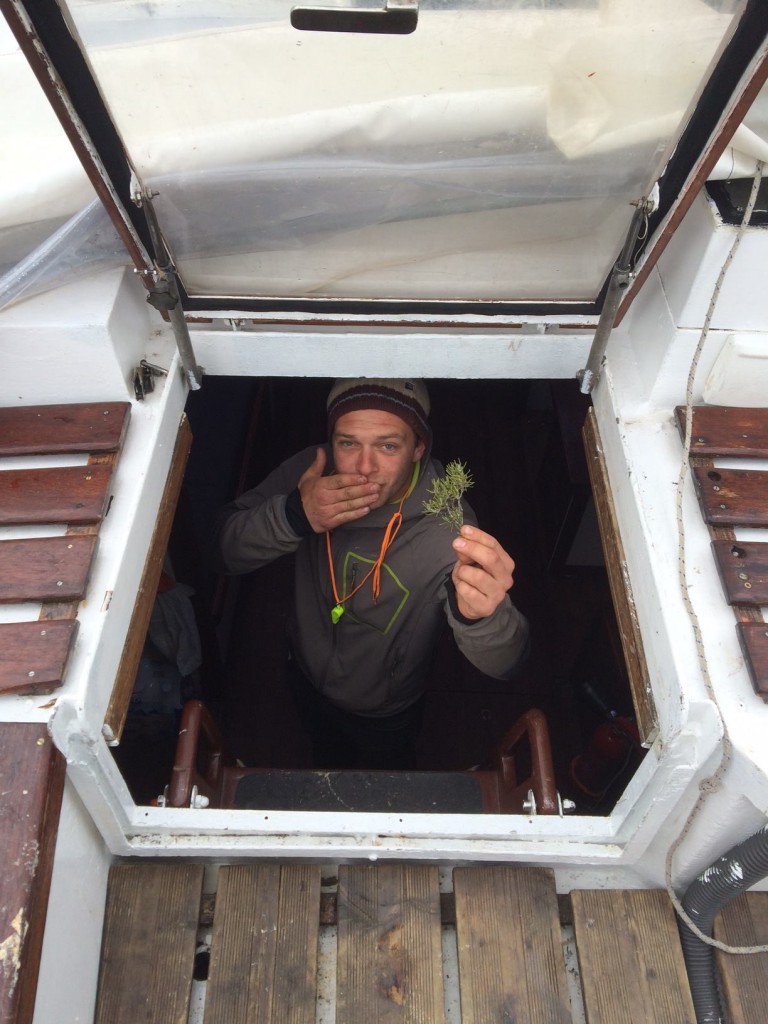 3 thoughts on “South by South-West”